Did you know What is FTP? 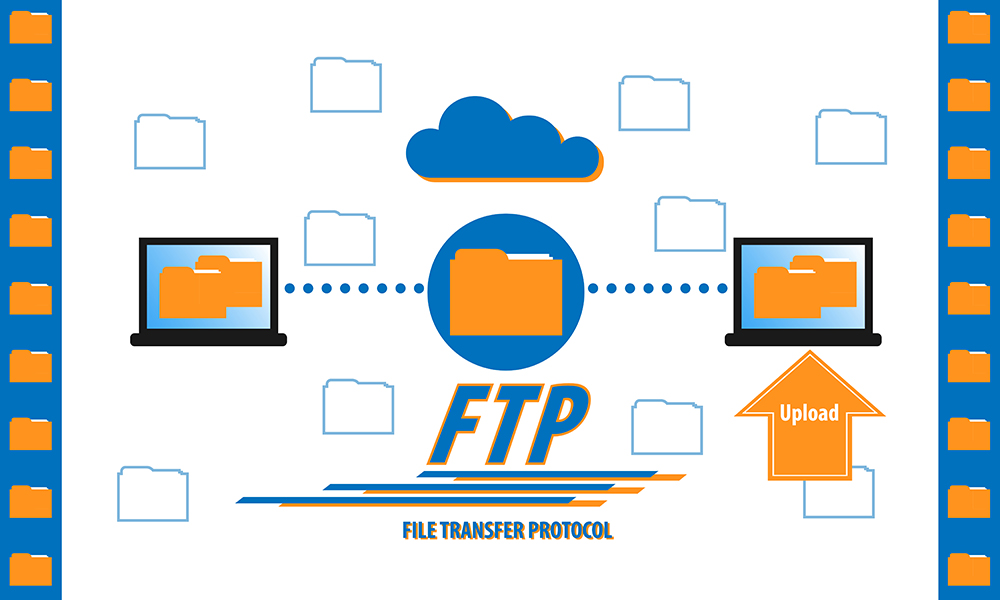 A specific type of protocol that is primarily intended to transfer certain files between two devices that are online known as FTP. This is the abbreviation that originated from the initial letters of words File Transfer Protocol.

However, we should certainly emphasize that sometimes the concept of FTP includes certain programs, the basic purpose of which is related to the application of file transfer protocols.

Often, this type of protocol is used by webmasters and in those situations where it is necessary to update specific websites. It is the file transfer protocol that is one of the most commonly used ways to provide the mentioned service. It is characterized as session-type, since it uses the so-called TCP / IP for network communication, and is also regarded as the most reliable way to transfer files between network devices.

The FTP operating manner is very simple, and it is envisioned that the client computer sends a request to the server computer provided that it is naturally logical that the client computer must inevitably contain a specific program in charge of the implementation of this protocol. It is also understood that the server computer, in this case, contains a particular program that allows it to connect to the FTP port, but also to accept the commands issued by the said protocol. Professional names for these types of computers are the FTP client, or the FTP Daemon, that is, the FTP server. Then a connection is established between them, the client computer needs to send specific requests and commands, and then the FTP server processes them and sends them processed back as a response to a specific request or command. By the term "response", in this case, we mean a message stating that a particular request (command) was successfully completed, but the message can also state that an error occurred during completion. Since FTP functions according to a special FTP standard, it is envisioned that the response is given in the form of a code composed of a three-digit number, but most modern programs are designed so that they automatically turn the code into a language that is fully understood by the user.

Within each FTP session, there are two, the so-called DTP (Data Transfer Process), which represents the session for transfer, as well as the control session, known as the PI (Protocol Interpreter). The request to establish a connection with a specific computer actually comes directly from the control session, which must be activated first, followed by the authentication, so the connection is established and then communication takes place smoothly. This session, however, remains constantly active as it is also responsible for the smooth functioning of the connection between these two devices, while the transfer session is activated only after a specific request is taken and processed.

It is interesting to note that a connection with the FTP server is established exclusively on the port by the so-called Standard 21, while the TCP / IP connection is always established according to the rules of the random selection system.

What is often referred to as the negative characteristic of this protocol is that everything is transmitted without the encryption process, so eventuality it can come to an abuse. In some cases, SSL algorithms, that is TLS, are entered to at least to some extent solve the problem of transmission security. Downtime can also often occur primarily because a number of commands need to be executed immediately before the start of the transfer. As a disadvantage of using this method of transferring files, it is also indicated that when transferring specific data, certain additional data, such as the date of the last change or, the exact date of creation, are not transmitted. Instead, the date assigned to a specific content only after receiving is automatically specified. It is certainly assumed that these shortcomings are solved in the best possible way in order to make FTP work better. Usually, one of the 4 modes to display data is used during file transfer. And by that, we primarily mean ASCII (used for text) and binary, that is, the image mode. Likewise, specific data can also be displayed in EBCDIC mode, which is first applied in those situations where it is necessary to transfer plain textual content between computers using the so-called EBCDIC character set. There is, of course, a mode that is characterized as local and intended for communication between two devices whose settings are exactly the same, and then there is no need for specific contents to be converted.

When it comes to transmission modes, either a block or a concise mode can be used, that is, one that is known as the streaming mode, each of which also implies certain requirements that should be fulfilled in order for the concrete mode to function impeccably.